Grupo MCI | LOYOLA railway station, San Sebastián
Grupo MCI together with Study LAMELA architects has been responsible for the illumination of the access hall to the railroad tracks.
SLEEK LINE®
22291
portfolio_page-template-default,single,single-portfolio_page,postid-22291,ajax_fade,page_not_loaded,,select-theme-ver-3.9,wpb-js-composer js-comp-ver-5.4.7,vc_responsive 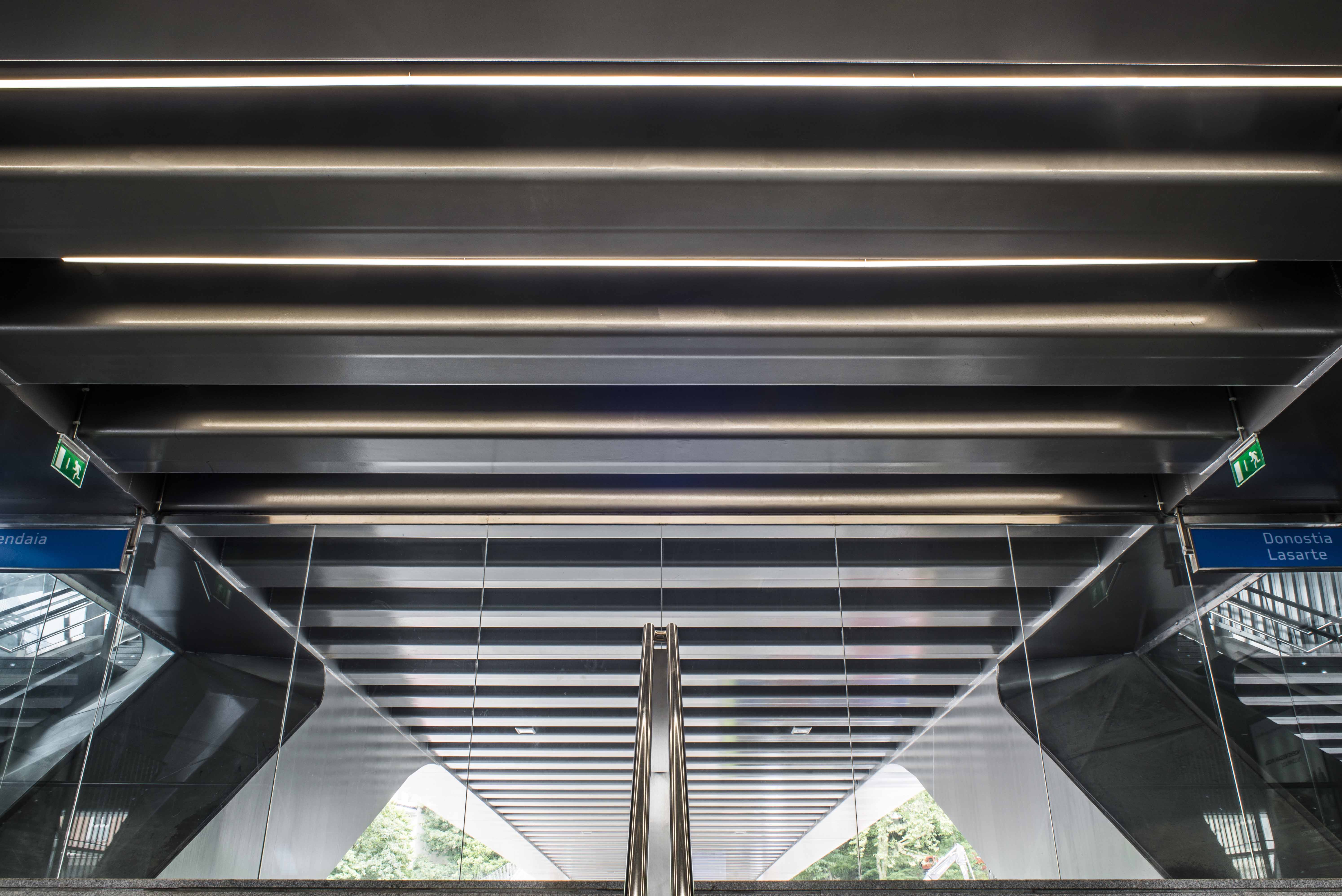 The LOYOLA railway station is part of the line C-1 (Lasarte-Hendaya) and is located in the quarter of Loyola of San Sebastián.

The prestigious architectural study LAMELA architects has been in charge of the reform of this station and Grupo MCI together with Susaeta has been responsible for the illumination of the access hall to the railroad tracks.

For the general illumination of this hall, the selected light solution has been the SLEEK LINE® modular linear luminaire. A total of 39 luminaires of 2 meters in 4000K have been installed in 13 lines of 6 meters long.

These luminaires are suspended and thanks to their anodized silver finish they are perfectly integrated in the ceiling. In each of the 13 lines, emergency kits were installed to facilitate the evacuation of users in case of a drop voltage.