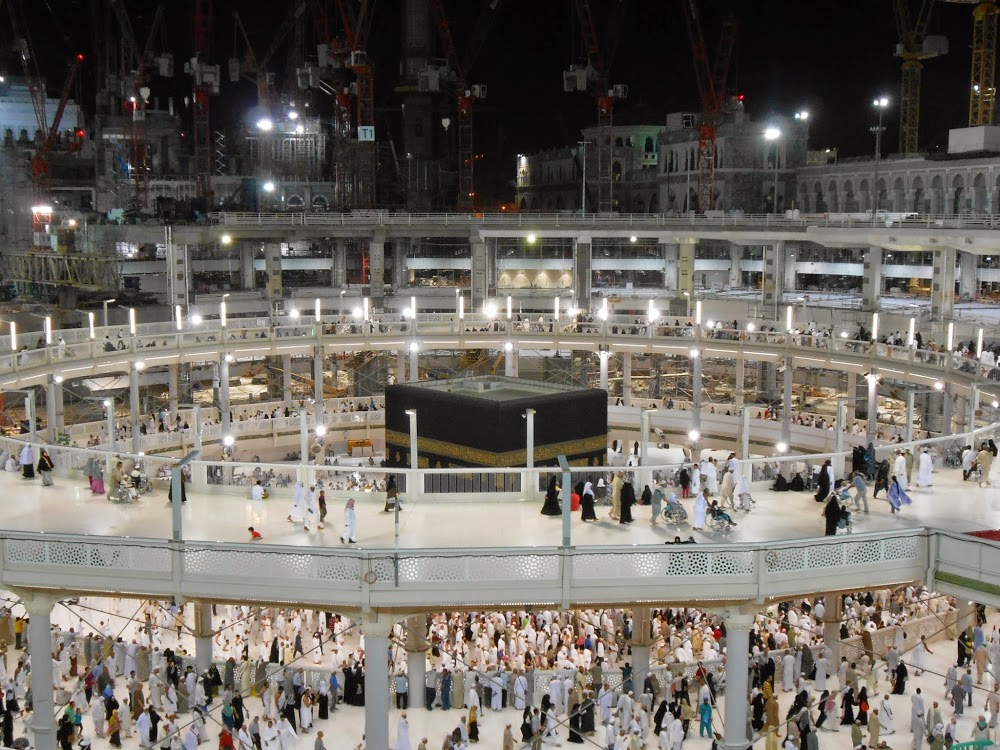 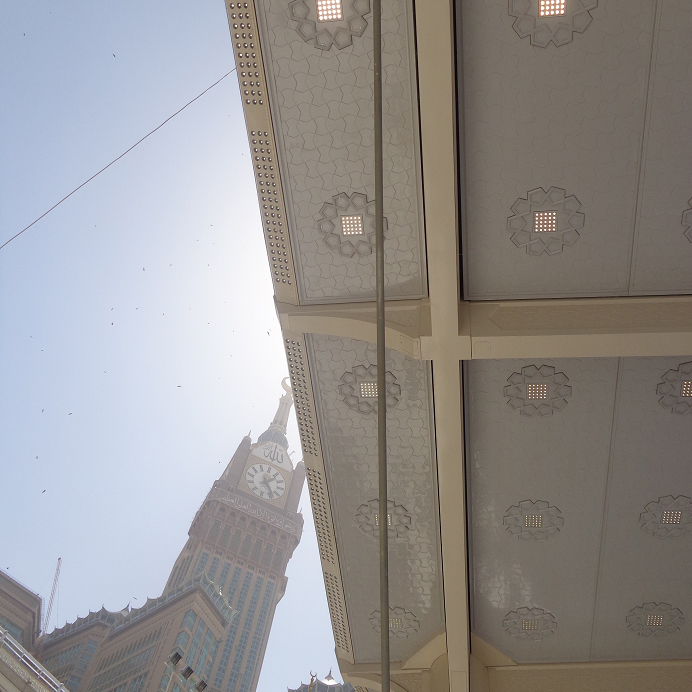 In order to increase the capacity of pilgrims visiting the Al-Masjid Al-Haram (The Sacred Mosque or The Grand Mosque) in the city of Mecca, Saudi Arabia, has been built a round bridge with two floors and three entrances at the circmambulations space around Kaaba. The new structure will accommodate 130,000 pilgrims in an hour, while the previous Mataf capacity was 52,000 pilgrims.

Grupo MCI is the company in charge for lighting project. The R+D+i Department has designed and developed custom made luminaires to fit perfectly into the architecture without altering the design of it.

Special Line Grazer®: The Line Grazers are placed in special brackets with different forms, form A and C, depending where they have been installed.  These luminaires are fully integrated behind the “cladding”, which makes the luminaire not visible. You can just see the lighting effect and not the fixtures. In total 624 Line Grazer® (around 1000 meters) with different consumption (from 200W to 430W) have been installed around the bridge.

Light poles: To illuminate the pilgrim walkers on the bridge, the entrances and the Kaaba, two light poles of 3 meters high have been designed (Poles FG and Poles F ).

. Poles FG are installed on the bridge and have two functions; enlighten pilgrims going around the bridge and to illuminate the Kaaba. These columns have a consumption of 384W and a total of 48 units have been installed.

. Poles F are installed on the outside of the bridge and at the bridges entrance. These poles illuminate only the pilgrims walking on it. These poles have a consumption of 240W and 48 units have been installed.

Al-Masjid Al-Haram (The Sacred Mosque or The Grand Mosque) is in the city of Mecca, Saudi Arabia. It is the largest mosque in the world and surrounds one of Islam’s holiest places, the Kaaba. Muslims face in the direction of the Kaaba while performing Salat. One of the Five Pillars of Islam requires every Muslim to perform the Hajj pilgrimage at least once in his or her lifetime if able to do so, includes circumambulation of the Kaaba.