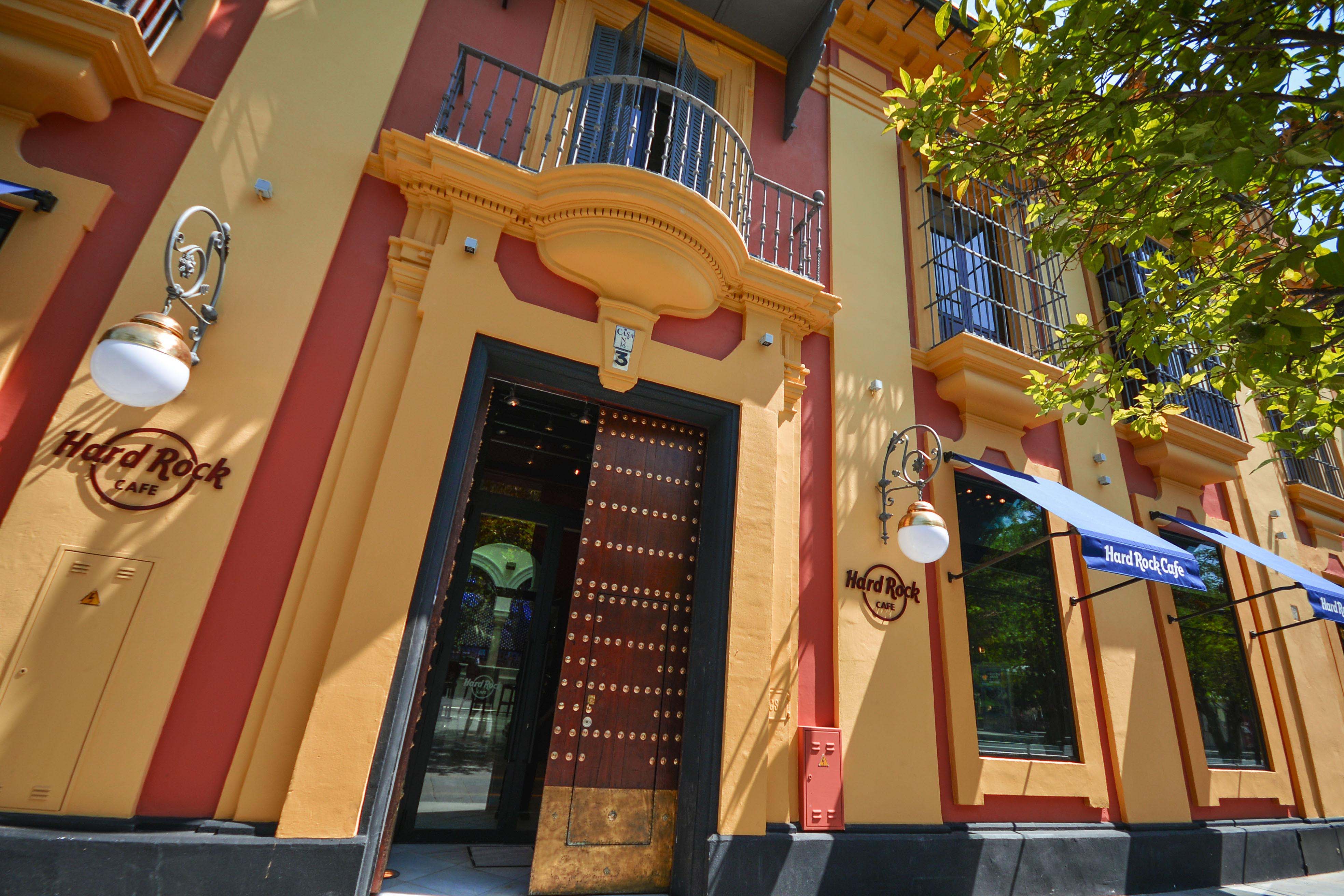 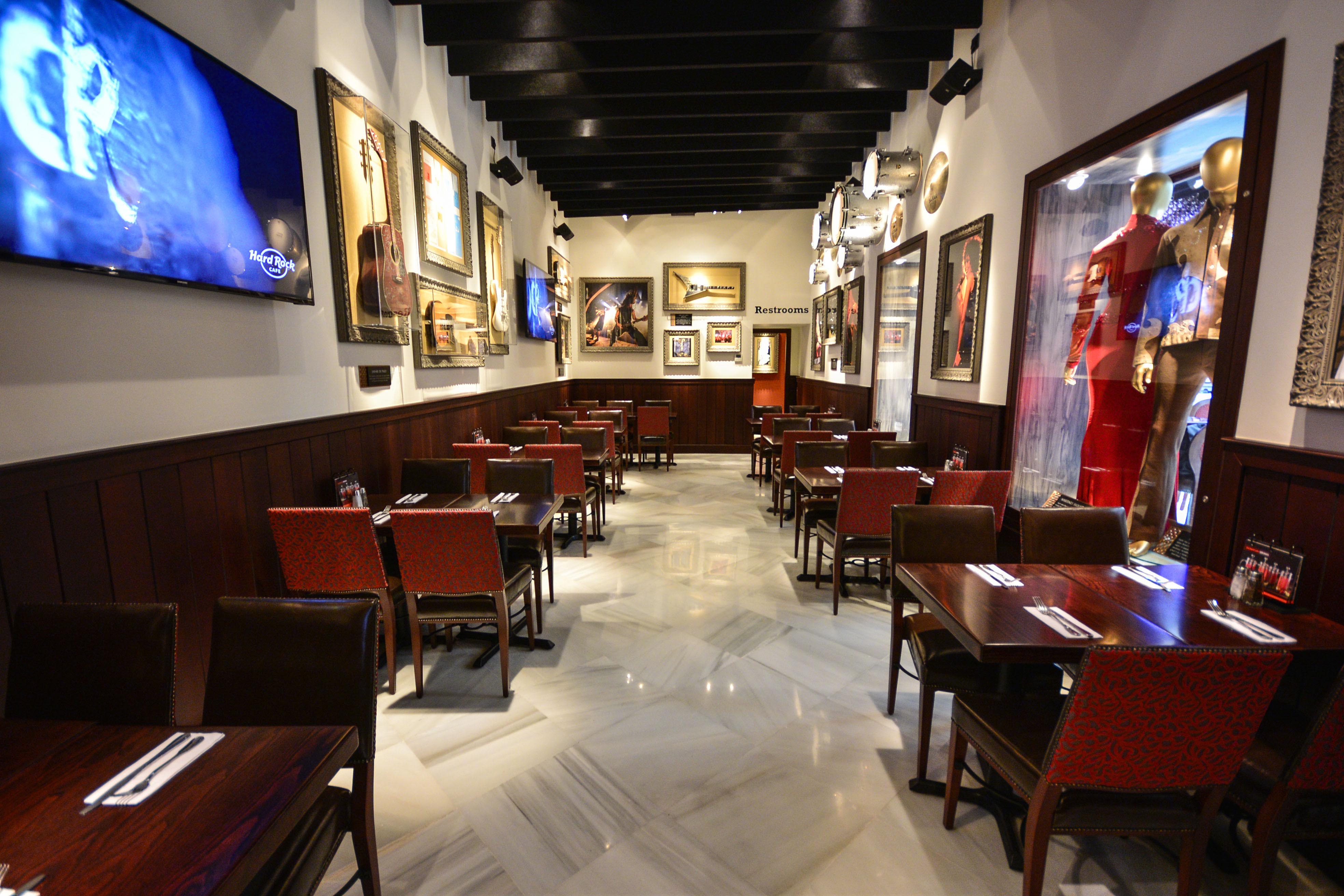 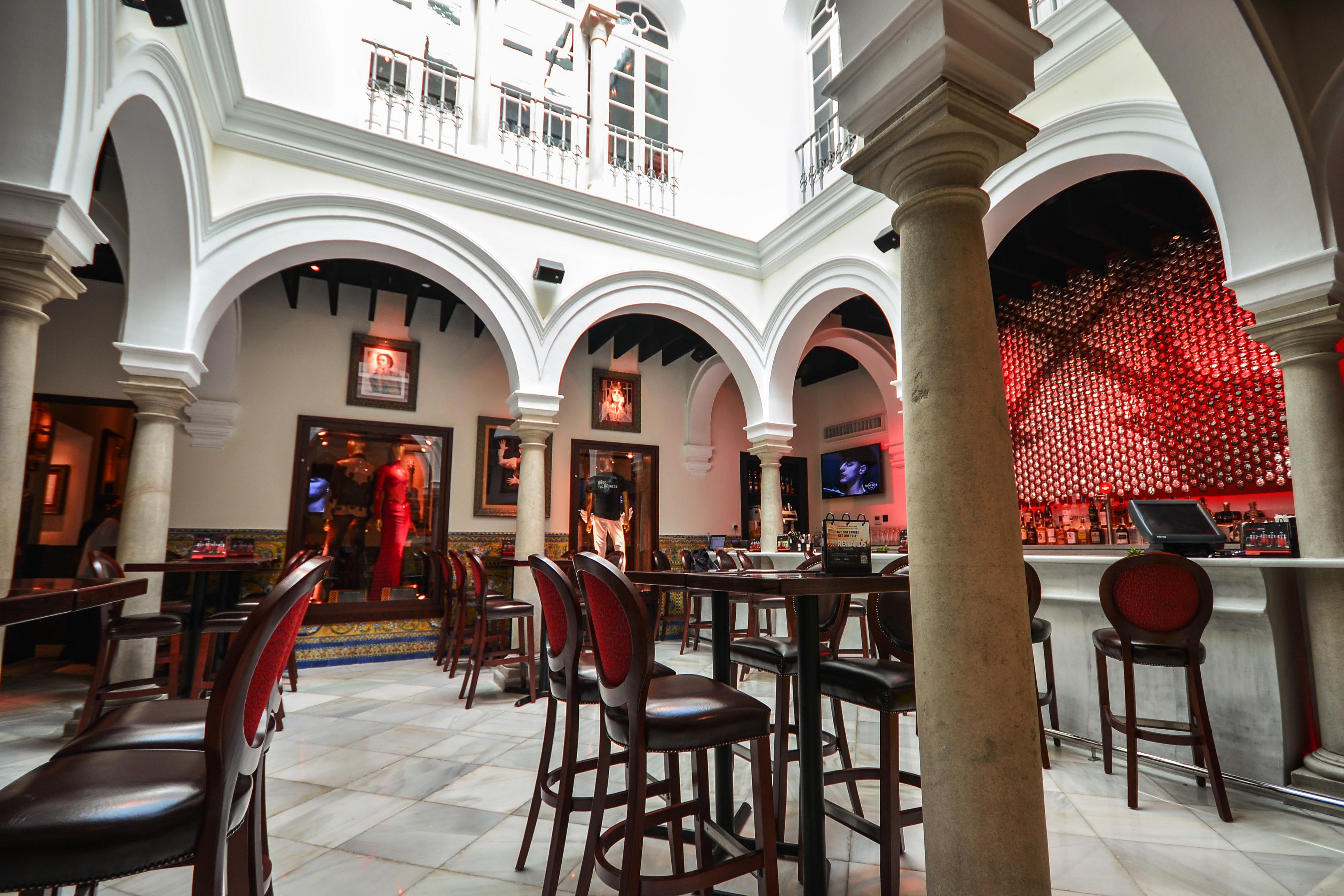 The world-famous Hard Rock Cafe is now taking Spain by storm with its debut in Seville! Located in the heart of the city within walking distance of the Cathedral, the Royal Alcazar, the Golden Tower, the University of Seville, and Plaza de España, this brand-new, state-of-the-art location will feature the brand’s unique style, one-of-a-kind blend of music and entertainment, and authentic, scratch-based cuisine. Hard Rock Cafe Seville will undoubtedly be a must-see for both visitors and locals. The officially opening will take place the 20th of October.

Grupo MCI had again the pleasure to participate and light up the emblematic restaurant. The BIMA I projector has been mainly the fixture selected to be installed on the new space. The high-voltage Spot BIMA I with incorporated adapter for the 3-phase high-voltage system can be rotated and swivelled. Made from aluminium, the projector is suitable for the use of either halogen or LED lamps thanks to the incorporated GU10 high-voltage socket.

This is the third Hard Rock Cafe that Grupo MCI light up; Barcelona and Palma de Mallorca have been the other restaurants.

According to David Pellow, vice president of Hard Rock in Europe, Seville was the city chosen to unite traditional music with current international music scene. The result is a unique fusion never seen before in a Hard Rock Cafe. We used traditional Sevillian materials and finishes throughout the design to incorporate its unique Spanish features, while also adding in a few signature Hard Rock touches, like memorabilia from music’s most famous artists.

The emblematic building is located on San Fernando Street, and one of its main areas is its inner courtyard surrounded by columns where the bar with capacity for 200 seats is located. Also, But the Hard Rock Sevilla also has several plants in more than 2,700 square meters, housing different spaces in which to eat and drink.

Seville has been the last city chosen by Hard Rock Cafe to open a new restaurant. You can find other Hard Rock Café at Madrid, Barcelona, Mallorca, Marbella, Ibiza and Tenerife.

Built in 1761, and originally owned by the Royal Tobacco Factory, Hard Rock Cafe Sevilla’s building retains many elements of the original construction with both its facade and interior having the original architectural features from the 18th century.

It is the only “great house” that remains from that time in the street. Designed in the 18th century as home for members of the high class of the Sevillian society.
The current facade is very similar to the original one, retaining almost all its elements. Among them the bars from the upper balconies, made of forged iron, more than two centuries old; also, it is still visible the old davit in the level of the penthouse, with the garrucha and the hook that was used to upload mercancy to the upper floor.

The columns of the central courtyard are from the 18th century, where there was located a fountain with water that came from the spring of Santa Lucia, in Alcalá de Guadaira. The water entered the city through Puerta de la Carne, it ran through the walls and finally it would arrive at the Reales Alcazares. At the same time as at the building of San Fernando, 3. The connection with the Reales Alcazares -through the back of the building- was reinforced in 1942 with the creation of a passage, now closed, that connected a street side of the House with the orchard of the Palace.

The oldest documents detail a block with five mangers in right side, where today is located the Rock Shop.

One of the most characteristic elements of the courtyard, respected in the latest rehabilitation, is the base of tiles, glazed and painted by hand, that surrounds the courtyard and goes up the main staircase to the top floor. These tiles are part of the restoration that took place in the building directed by the prestigious Sevillian architect Anibal Gonzalez in 1919. In that process numerous elements were added and they are preserved until today live, as the arches of the top gallery and the sheets of mahogany from Cuba in the roof, in what formerly was a library in the first floor and that is now known as the Library of Legends.